Social mentions of Spanish banking peaked in October, when more information was revealed about the “phantom” or “black credit card” scandal, where 82 Caja Madrid executives totted up €15 million in expenses, even as their bank collapsed under them.

Caja Madrid has since become a recognised symbol of the greed and irresponsible spending that characterised the financial crisis not just in Spain, but around the world. The impact of this can still be seen in social conversations today. 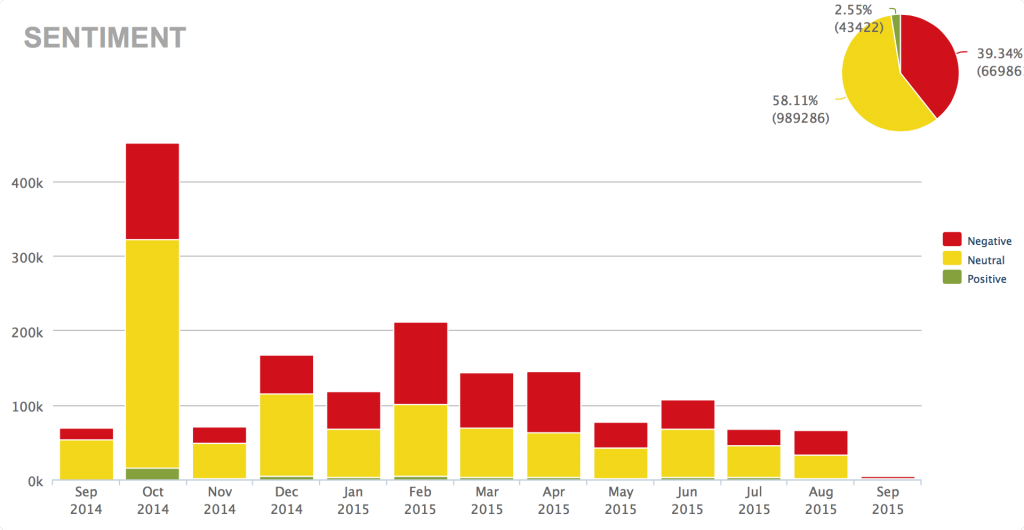 Negative mentions have remained a significant portion of the conversation, even as discussion has tailed off, showing that the Spanish people are yet to forgive their banks.

Ently by different authors or as http://www.essaynara.com/ a result of asking different questions