On April 24, the first partial strike was held in the Barcelona subway system as part of a call for indefinite strikes every workday Monday.

Between April 20 and May 3, we collected what social networks said about TMB (Barcelona Metropolitan Transit in its Spanish acronym), the public company entrusted with managing public transport in the Barcelona metropolitan area. We managed to collect more than 5,000 mentions, 20% of which on the first Monday of the strike. 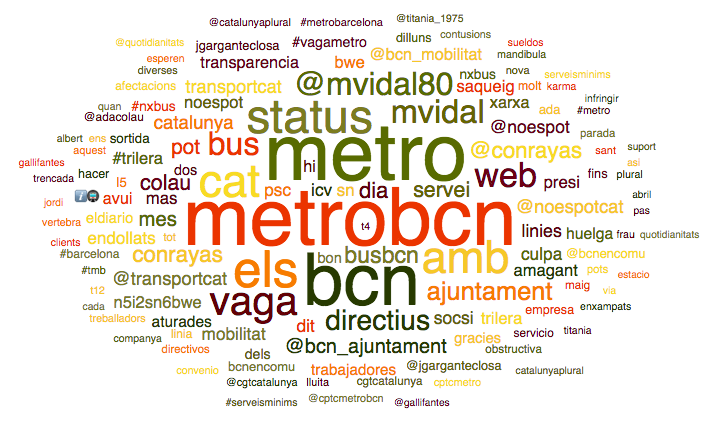 The most repeated words in the conversation. Image: Websays Indicators.

Who is in the eye of the hurricane?

It’s not surprising that the most mentioned authors on social media are from TMB’s official accounts. However, the third most mentioned account in the most monitored conversation is @mvidal80, the Twitter profile of Mercedes Vidal, transportation councilwoman in the Barcelona city council.

They days with the greatest number of mentions to Vidal are Mondays, coinciding with the Barcelona subway strike.

Surprisingly, the uproar on social media was greater during the nighttime stoppages than during the early morning ones. Service was supposed to be reestablished at 9:00 pm, but at 10:00 pm, there was still interrupted frequency, which many authors announced over social media. 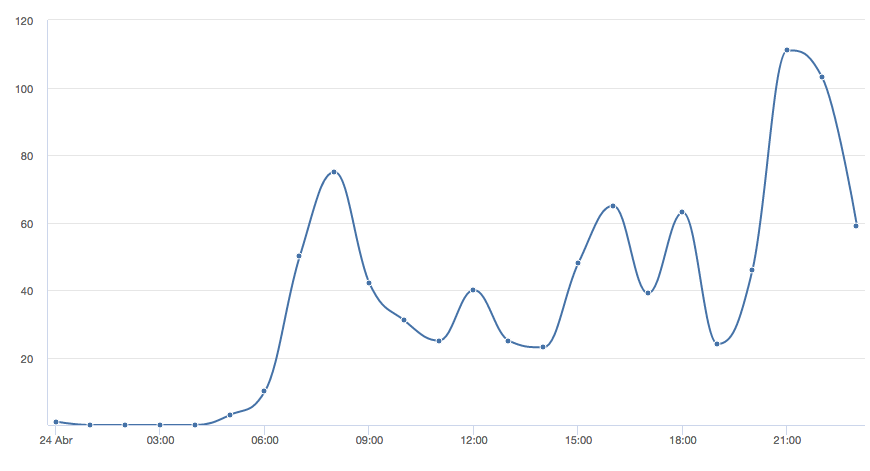 Volume of mentions about TMB on April 24. Image: Websays Dashboard

The debate about the TMB strike has moved away from the relationship between users and the company and has become a debate among citizens about Barcelona En Comú’s and Mayor Ada Colau’s management.

It makes sense, therefore, that one of the most influential authors would be Cat No Es Pot (@noespotcat), a Twitter account that is critical of the group Catalunya Sí Que Es Pot (Podemos, ICV, EUiA). 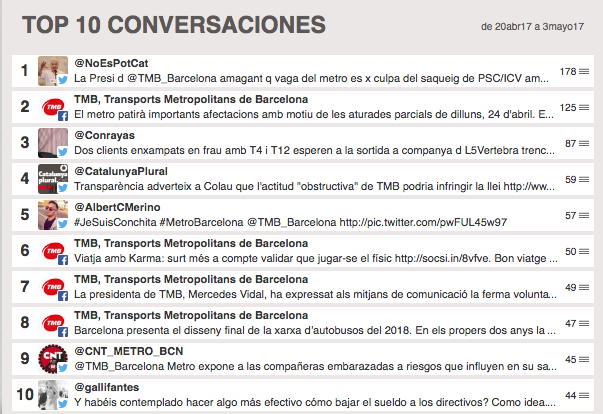 To find out more about the impact of this strike over social media, contact Websays or request a demo:

Do you want to see Websays in action?