Hillary Clinton, likely democratic candidate for president, has sent biotech stocks tumbling this week with just one tweet, which certainly proves the power those 140 characters can have.

It took just 21 words from Clinton on the social media site to cause biotech stocks to drop by 5-6%, as she announced her intention to tackle price gouging by big pharmaceutical companies. 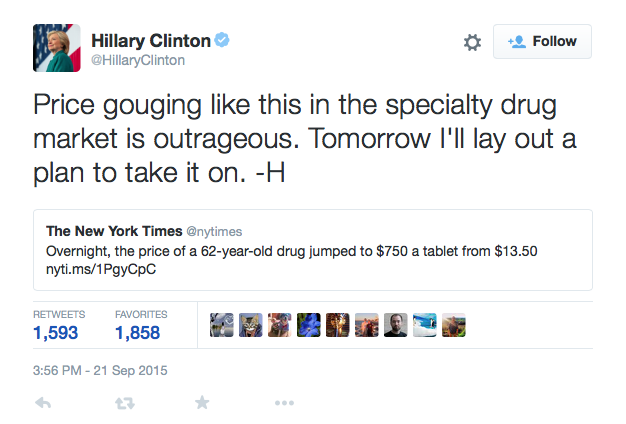 Clinton’s outrage came in response to the story that entrepreneur Martin Shkreli had increased the price of a drug used to treat potentially fatal illnesses by 50 fold.

Turing Pharmaceuticals, run by Shkreli, acquired the rights to produce Daraprim in August. Daraprim has been on the market for more than 60 years, and is used to treat toxoplasmosis, a rare but potentially lethal infection to people with weak immune systems, or women who have just given birth.

Shkereli defended his decision in an interview with Bloomberg, saying that new, more effective versions of drugs needed to be developed, and essentially arguing it would all be worth it in the long run.

He also added that if people couldn’t afford the drug at its new price, the company would provide it for free.

This hasn’t stopped Clinton wading in, however, or the sudden down tick in stock prices that CNN reported: 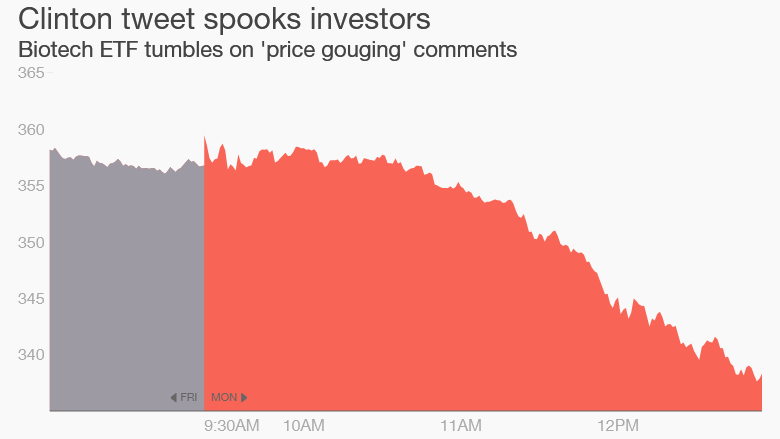 The incident goes to show not just the power of Hillary Clinton, or investors’ belief that she’s likely to make it to the White House, but the power of social media to allow politicians to respond to crises and stories in real time, and the huge impact these decisions can have.

Your http://www.buyresearchpapers.net/ language, not merely communicated by means of language