Starbucks are basically everywhere. It’s hard to walk down a city street without seeing that green siren, and proximity to the iconic coffee house can even affect the price of your property.

But Starbucks haven’t stopped there. Their domination of the market even extends online, where they  thoroughly trounce their rivals on almost every medium. 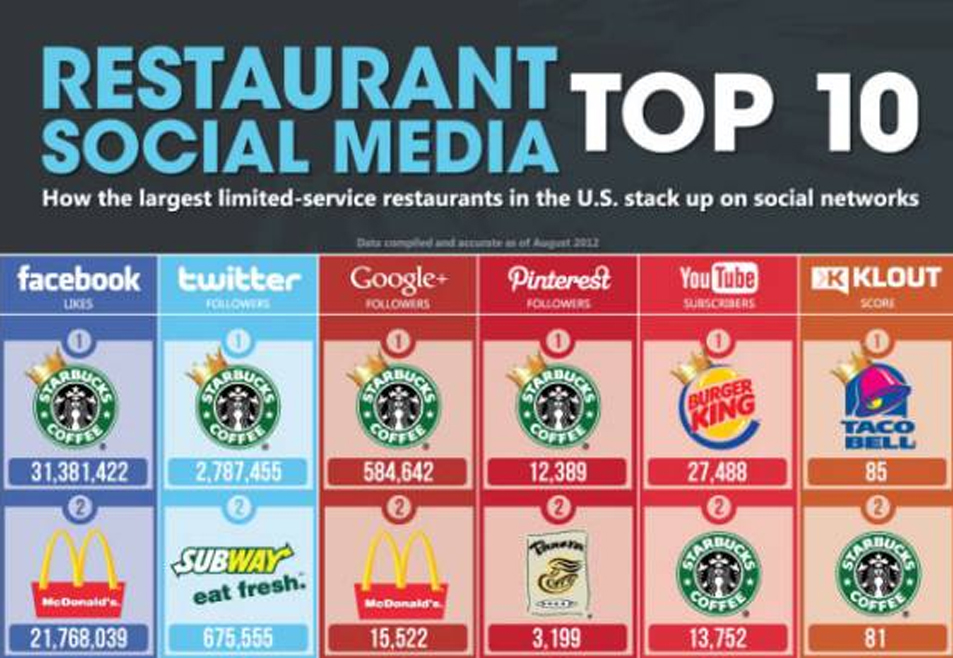 Business2Community produced this handy infographic, showing how Starbucks top the ratings for Facebook likes, as well as Twitter, Google+ and Pinterest followers. On YouTube they lose out only to Burger King, and their Klout score, used to measure impact on social media, is second only to Taco Bell.

Business2Community broke down their social media success, describing the six top techniques Starbucks uses to be so effective. From cross promotion, to super sharers, you should check it all out here!

Yourself to clarify your point of proceed the link right now view by writing a short summary?