A city that uses digital technologies or information and communication technologies (ICT) to enhance quality and performance of urban services, to reduce costs and resource consumption, and to engage more effectively and actively with its citizens.

Barcelona is one such city and, according to Juniper Research, the leading smart city worldwide. The Bicing hire bikes reducing carbon emissions in one of the most cycle friendly cities in Europe, free wifi is almost ubiquitous throughout the city and the city could be getting its own currency before too long.

In a series of posts, we’ll be showing you how opinion mining and big data analytics can be used as a part of a wider approach to making cities smarter, beginning with travel in Barcelona.

Barcelona’s Mayor Ada Colau, has announced plans to join two sections of Barcelona’s tramway that currently stand separately, the trambaix of the Baix LLobregat area and the Trambesòs of the Besòs area. The two tramways would be connected in the diagonal area of the city.

Many people have rebelled against the idea, expressing their concern that the move would reduce car circulation, and suggesting that an electric bus would be of more use to people. We can see some of these discussions in the following graphics. 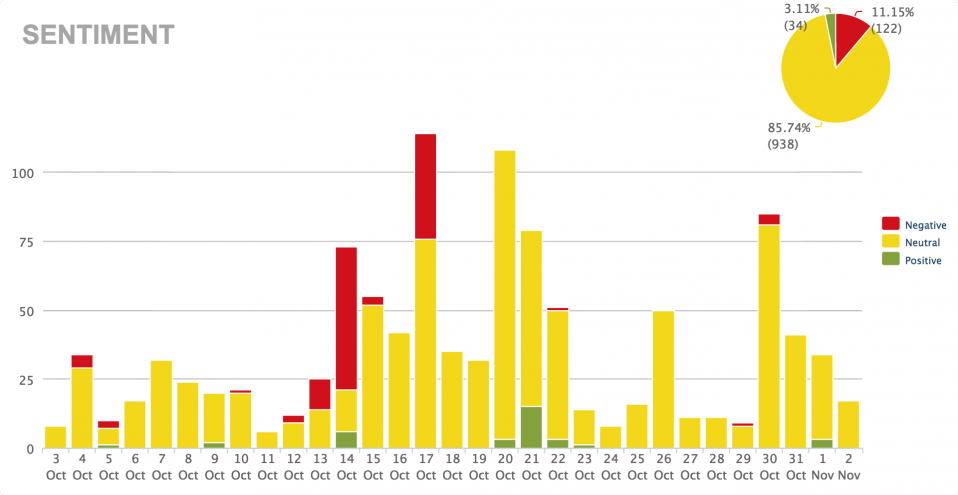 Image via the Websays dashboard.

This chart outlines the discussions of the tramways on social media in Barcelona, and the sentiment of these mentions, which are marked as either “Positive”, “Negative” or “Neutral”. As is immediately clear, discussion of the topic and negative mentions of the tram way have spiked massively since mid October.

Overall, 11.15% of mentions of the trams was negative, while just 3.11% of mentions were positive. This is a significant discrepancy, and one Colau will have to overcome to keep people onside.

The largest negative spike was on the 14th October, where 71.23% of mentions contained negative sentiment, a staggering proportion of commenters. The majority of this discussion was focussed around a tram workers strike.

Sentiment of news coverage of the Barcelona tram system. 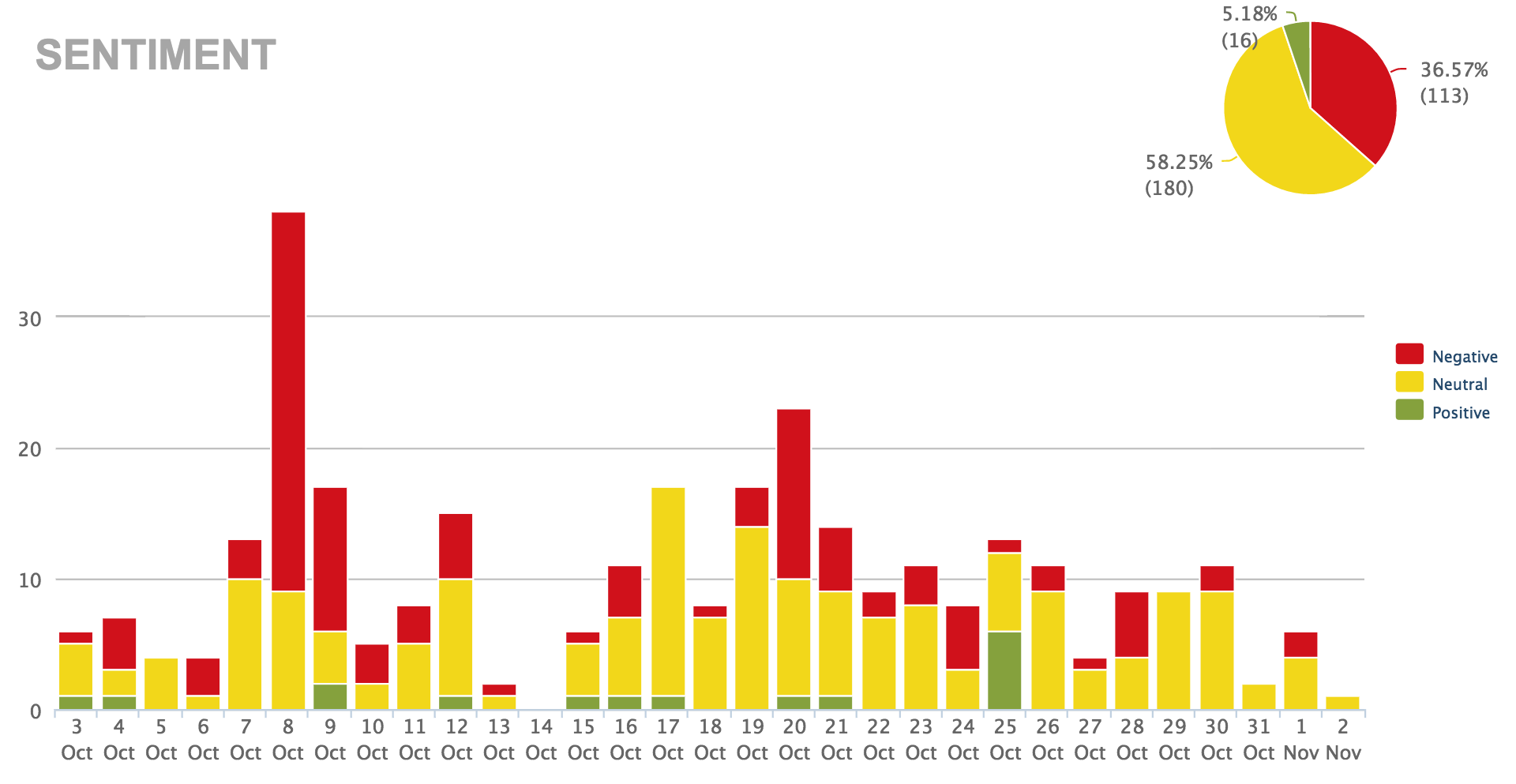 Image via the Websays dashboard.

What is perhaps most striking about a comparison between the news coverage of the tram system, and the social media reaction is that the response from news articles is much more negative than that of people. More than 1/3 of news coverage has been negative in this thirty day period.

The huge negative spike on the 8th October was in response to delays and an inability for many customers to get a refund for their tram tickets, which lead to 76% mentions of the tram in the news to be negative.

The second largest spike in negative sentiment over these thirty days was in on the 20th October, where 56.52% of mentions were negative. The post with the highest impact on the 20th was an article from La Vanguardia, arguing in favour of an electric bus over Colau’s suggested merger of tram routes.

However, it’s important to note that the spikes in the negative public sentiment on social media do not particularly resemble those spikes within the news coverage, even when the media is in uproar over a lack of reimbursement for people let down by tram companies. If the public are being swayed by the negative coverage of the tramways, or Colau’s plan to join them, they’re keeping quiet about it.

You http://paper-writer.org will also have spread the load of facing that